SEATTLE PUBLIC LIBRARY LEVY: A rep for the pro-levy campaign Yes! Seattle Libraries made a presentation: “The libraries are the heart and soul of our neighborhoods.” This is a followup to the 2012 levy, seven years and $123 million, which “currently supports 24 percent of the (SPL) budget.” This one would raise $219 million, “maintain(ing) hours and staffing from 2012 plan” and adding 10,000 operating hours, among other things. The controversial proposal to eliminate fines was part of the pitch. “What we don’t want to do is create artificial barriers” to library use and learning, the levy supporter said, noting that dozens of other library systems around the country have made that move. The measure was endorsed by a show of hands.

About the Levy’s Impact

This message is only visible to admins:
Unable to display Facebook posts

Today is the last day to vote YES! for the Library Levy. For an additional 3 dollars a month, you can help keep the library open for 10,000 more hours and ensure our 17 million yearly patrons can have access to upgraded computers, expanded book collections, classes, and events! 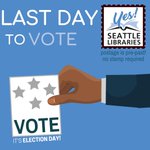 Can’t get enough library facts? Neither can we! Check out all the reasons why Seattle loves its public libraries.

Vote “Yes!” on the Libraries Levy TOMORROW to add 10,000 hours to all library branches, update public computers, and renovate buildings for earthquake prevention. 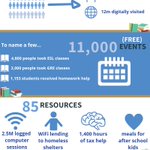 Thanks to NW Facts for publishing an Op Ed about our campaign!

Be sure to mail your ballots (no postage needed) in by August 6th and say "Yes!" to Seattle Libraries. 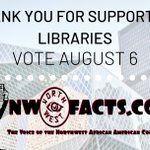 Our 17 million yearly library patrons know it best -- the library is a great space for all.

For just an additional 3 dollars a month, you can help the library continue providing for all by adding approximately 10,000 new branch hours. 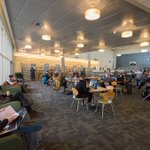 Thanks to the Capitol Hill Seattle Blog for publishing an Op Ed about our campaign!

Be sure to mail your ballots (no postage needed) in by August 6th and say "Yes!" to Seattle Libraries. 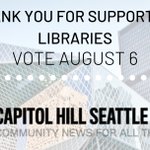